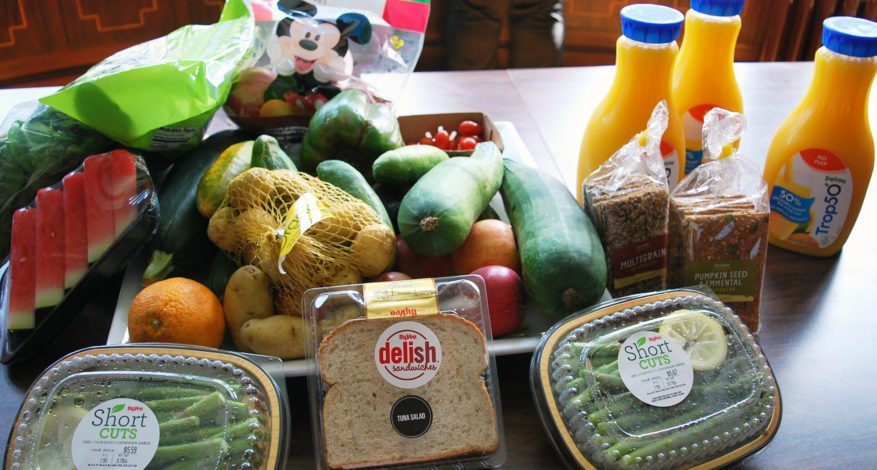 Saving Grace has rescued more than 4.1 million pounds of food since operations began in October 2013. As of the end of February, the total was 4,167,423 pounds, valued at over $7.2 million.

1,077,684 pounds of healthy perishable foods was collected in 2019, the first time Saving Grace exceeded 1 million pounds of food rescued in one year.

Addition of a fourth refrigerated truck and fifth professional driver/food ambassador in April 2019 allowed Saving Grace to grow operations. Last year’s total was a 19 percent increase over 2018, with new food donors added and some current food donors increasing the amount of food donated.While the numbers are impressive, the real story is the lives impacted by having access to nutritious foods.

“The biggest thing is the fresh fruit,” said Dave of the Boys and Girls Club. “That is the last thing our families buy when they go to the grocery store because they can’t afford it. We really can’t either.” If fresh food is on the kids’ plates at dinner time, it’s because Saving Grace provided it. Otherwise, the club serves canned fruit. 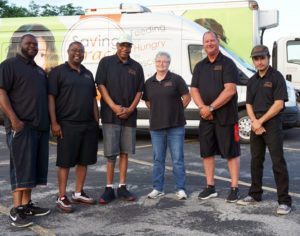 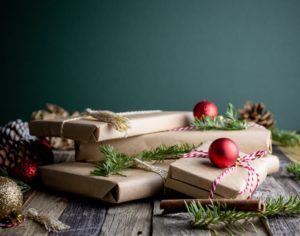 Shop for a Cause 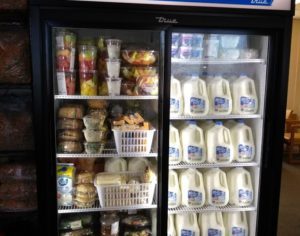 Saving Grace and Project Hope Work Together to Feed the Hungry 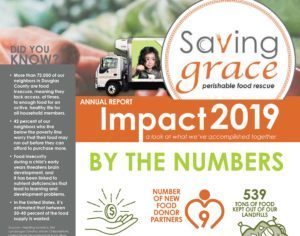